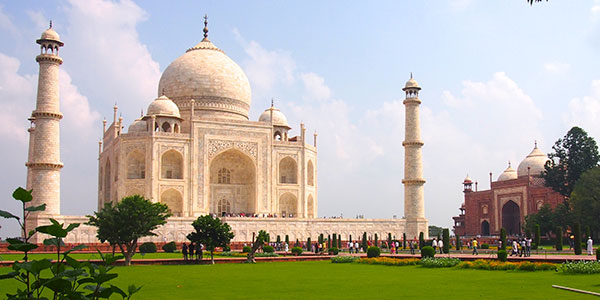 Lively, intense and lush, this inspiring country of many facets is where you have to go if you want to connect to the maximum with your sensory perceptions. Here you will find a list of the 14 best places to visit in India, where we have indicated the best time to visit them based on climatic conditions, local cultural events, cost and seasonality.

Now that the San Francisco myth has gone away, it’s Time for Bangalore to shine! The city, home to a tech boom, is teeming with IT entrepreneurs. Investor funding is probably the foundation of endless shopping possibilities such as the rampant Brigade Road and the luxurious UB City shopping centre. There is also a vast panorama of eating places and bars: craft beer is the real star and the Mavalli Tiffin Rooms are an old-fashioned wonder.

Traffic is as dense as pollution and new buildings sprout like mushrooms before your eyes, but if you head to the city centre you’ll find perfectly preserved colonial-era palaces, the Bangalore Palace inspired by Windsor Castle and of green spots like Cubbon Park.

When to go to Bangalore: September to February

Delhi, India’s cultural and governmental capital, is a vast and ancient district, so eventful that you’ll have to elbow yourself. It’s a scorching heat in summer and cold in winter, but at least its completely flat topography will ease you as you make your way through the crowded streets eating golgappas and chaat papdi (local doughnuts and fried stuffed bread).

However, take the metro if you can. Order a cocktail at the Imperial Hotel, stroll through the old old-city bazaar, head to the Red Fort to admire Mughal architecture, and then enjoy a break in the meditation area in the serene Bahai temple in the shape of a lotus flower. Great!

When to go to Delhi: October to November

Torrid and known for its traffic, Chennai’s charm takes a while to unravel. Vivid and colorful, it is full of artistic wonders and brightly colored temples.

Find your way to the colonial heart of George Town and explore St George’s Fort, built by the British East India Company, and its crumbling ancient surroundings. For a moment of peace, walk to the nearby gopurams, ancient temple towers that overshadow the Empire State Building.

When to go to Chennai: December to March

Find out the best places to visit in Bulgaria

Hyderabad’s old town is the true essence of ancient India. The cows wander through the narrow and crowded streets. At the market the sellers squeal to sell their wares and the aroma of chai tea and the hot Hyderbadi biryani goat fills the air.

The iconic Charminar monument and ancient mosques, such as Mecca Masjid, stand out above the otherwise modest streets, recalling the city’s rich past. It’s also a city of extremes: head west to Cyberabad and wonder if you’ve somehow ended up in hypertechnological Japan. But if you have the time counted, focus on the historic heart of the city and its beautiful architecture.

When to go to Hyderabad: November to February

Dubbed the “pink city” for its typical-coloured buildings, Jaipur simply shines with its own light. It extends all the way outside the city’s central palace, where the former royal family still resides, and there are plenty of things to see. Take a shot of the Jal Mahal, a floating palace on the water; visit Govind Dev Ji, an iconic temple that is the setting for many Krishna legends; and observe the stars from Jantar Mantar, a UNESCO-protected astronomical observatory.

Do you need more tran tran? Take on the bazaar in the city center or join the rowdy and noisy crowds of Raj Mandir Cinema, one of the country’s most famous.

When to go to Jaipur: November to February

The setting of the novel “The God of Little Things” (winner of the Booker Prize), Kerala is a stunning tropical paradise, in far southern India. Shining water, long stretches of beach and huge Jacob and blackneed trees abound with ripe fruits. If you need a pleasant oase away from the crowds and noise of the rest of India, this is the place for you.

Hike the Blue Mountains of Western Ghati and be surprised by Athirapally Falls. Cross the stagnant waters of the lagoons or watch the Vallam Kali regatta, which is held every August. The food is known to be spicy, so keep some coconut milk on hand to cool your taste buds.

When to go to Kerala: from January to March (although in Kerala there is a tropical climate all year round)

Lush, green and cultured, Pune has been dubbed the Oxford of the East and has almost as many bikes. There are universities and colleges in abundance so if you want to do a smart thing, this is the place to go. Partyers gather around Fergusson College Road on Saturday night or cheer up strong coffee as they read assorted in the city’s many bars.

Take a tour of the ancient University of Pune, one of the oldest in the country, take a horse back through the Bund garden and take a look at the Shaniwar Wada palace that was ravaged by fire. Please the foodie who is in you with the dozens of options offered by Koregaon Park, known locally as the “restaurant district”.

When to go to Pune: November

Hold on tight. The densely populated Mumbai is all a swarm with its twelve million people crammed into the twelve rebel districts. It is the commercial heart of the country, teeming with concrete skyscrapers. Head to Kala Ghoda, where you’ll find museums, then continue to the hanging gardens on Malabar Hill, a must-see for selfie lovers, and run after the pigeons surrounding the Gateway of India historic monument.

The city’s renowned markets are a must with its curiosities and Colaba jewels are an attraction. Look for traditional Hindi performances at the Prithvi Theatre in Juhu. If you want to visit the beaches, just watch the bathers, but avoid swimming.

When to go to Mumbai: November to February

A city of contrasts, Calcutta can be a nice challenge for visitors. Its high levels of poverty are glaring, especially with an obvious well-being in the background: immaculate golf courses and polo courses and clubs reserved only for the wealthy. Think of it as the “Great Smoke” of India.

Despite, or perhaps because of its ousting, it is known as a city of culture and has churned out several Nobel Prize winners, as well as distinguished writers, poets and other educated figures. Immerse yourself in its daily contradictions as you walk along the river along the garden walk of Eden that runs along a cricket pitch, then head to the Book Fair (the busiest in the world) held every January or enjoy a movie at the Calcutta Film Festival in November.

When to go to Calcutta: October to February

Discover what to do in the capital of England – it is free!

Mysore is beautiful enough to hurt. Its tour de force passes by the UNESCO-listed palace, with its red domes and kaleidoscopic stained glass windows inside, to be visited absolutely on Sunday, when it is fully illuminated.

Architectural delights continue with the Gothic cathedral of St. Philomena and the extraordinary palace of Lalit Mahal, known for its British-style teas. If you’re sweet, try Mysore Pak, a local dessert made with ghi (Indian butter) that looks like cremini. Get closer to art in the Mysore Sand Sculpture Museum and stroll through Brindavan’s gardens dotted with fountains. Festival-goers should mark the ten-day Dasara Festival in September on the calendar.

When to go to Mysore: September to January

In the Blue Mountains of southern India, you absolutely have to go to Ooty if you need a respite from the tropical heat. Imagine verdant hills covered with eucalyptus trees and tea tree plantations reachable aboard a singular train.

Explore the Ooty Botanical Gardens that stretch like wildfire and where the Summer Festival is held in May and climb to the top of Doddabetta to take a perfect photograph. Mount yourself on horseback for a tour of the lake or to enter the lush countryside. Binge on the local chocolates while sipping locally grown tea. For something different than usual, try the mysterious Wax Museum.

When to go to Ooty: March to June

Listen carefully and you may hear someone talking French. “Pondy”, as is well known, was under the control French until 1954 and its Gallic history is particularly evident in the eastern part of the city. There is an artistic and bohemian atmosphere in this quiet place as much as the rest of India.

The purpose of Pondy is to do only the bare essential, so treat yourself to the luxury of laziness. The area of the ancient city is a succession of picturesque townhouses, streets of sanpietrini and restaurants inspired by French. If you’re homesick for croissaint, steak and red wine, fill up here, and then head to the beach.

When to visit Pondicherry: October to February

James Bond fans will recognize Udaipur from Operation Octopus. With its explosion of architectural jewels and tranquil lakes, it’s the perfect setting for a romantic outing. The color is the protagonist here with the “festival of colors” held every year and that adds a bit of vivacity to the already very bright clothes of the local people. Even the buildings are more daring: the palace complex of Udiapur shines with mirrored domes and glass mosaics.

The Green New Moon Fair festival, held around the city’s group of man-made lakes, adds a bit of an extra artistic vein in August. The Shilpgram Crafts Fair in November is the place to go to stock up on local arts and crafts.

When to visit Udiapur: August to January

Leave the big cities behind to head for the hills. In Munnar, the former tourist village of the British contingent in India, it’s a verdant, quiet place filled with tea trees and clouds-hidden mountains. Visit the gardens of the Floriculture Centre, enjoy a picnic near The Mattupetty Dam, or test your lungs at Echo Point.

Eravikulam National Park is home to leopards, tigers and fearless mountain goats, while the Salim Ali bird sanctuary is full of strange bird species. Hire a rowing boat, ride in the countryside and climb up the steep rocks of Munnar.

When to visit Munnar: September to June

The Best Time To Visit India

Which are the best places to visit in December 2021

Curious traveler or simply a tourist? It’s up to you!