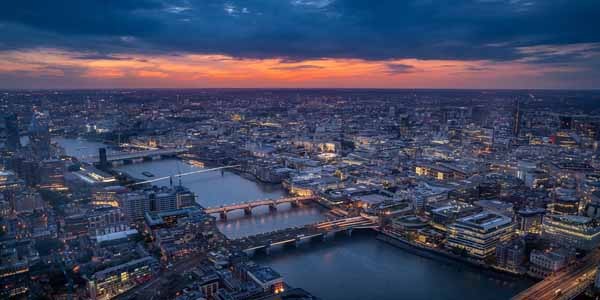 London is one of the most culturally diverse and thriving cities anywhere on the planet.

Every turn presents you with a different attraction; a slice of history down one street, an upmarket shop up the next. From expensive restaurants to authentic food vendors, nowhere on earth do so many cultures and styles clash in a huge mixing pot of attractions. You don’t always need a huge budget either, as our piece ‘13 Best Free Things to Do in London’ demonstrated. All you need is a little imagination and energy, and you can experience a London that few bother to see.

The problem with a London trip is that some places are so iconic, they help you lose sight of the hidden gems. Who hasn’t had a day in London and walked from Big Ben to Buckingham Palace, or visited the Tower of London and St Paul’s Cathedral? They’re such famous venues it would be remiss to leave them off your itinerary, but they leave very little scope for anything else. However, if you want to get creative, there is another great way to see London; follow the Monopoly board.

Monopoly is a game invented in the US, but that has risen to fame for its London locations. From Old Kent Road to Mayfair and every hotel-laden square in between, London’s streets have become famous worldwide. Monopoly has a rich history that helps drive these cultural icons home; it isn’t just a board game but can also be found in digital media. There have been numerous video games featuring the imagery, including Monopoly Streets. Not all of those depictions feature hotels for sale, though; on Foxy Bingo there are online slot titles such as Monopoly Live and Monopoly Mega Movers. They have the same branding, and despite not featuring a board, you cannot help be think about not passing Go and not collecting your bounty. The ultimate version is probably Monopoly for the Nintendo Switch, which reviewers on popular games site Metacritic liked.

As you stray away from bankers, railway stations and utilities, you can use the board as a map to explore London your way. Some of the locations might be iconic, but others hold hidden gems that are well worth visiting. If you’re in London and wish to see something a bit different, then here are some Monopoly squares you should land on for a slice of England’s hidden capital city.

Whitehall is often referenced in news articles on British politics because of its proximity to Parliament and Downing Street. Whilst it is an area synonymous with the corridors of power, it is also a great place to tick off on your Monopoly tour. In particular, you can tick off some statues that many Londoners walk right by every single day; the Statue of the Viscount Alanbrooke, the Royal Naval Division War Memorial and the Statue of Field Marshal William Slim Statue are all close by.

A bus tour takes you around the sights of London that starts on Northumberland Avenue, but it would be remiss not to point out the great views in the area you can visit before hopping on the bus. One such establishment, the Sherlock Holmes, is a great place for refreshments before or after you get on the bus. Named after the famous detective, it is one of those places the captures the quintessential London, filled with locals just enjoying their day, popping in and out whilst running errands. For people watchers, it is a superb place to spend twenty minutes with a cold drink.

When you think of England, you think of grand old buildings, but also of tea. They love their tea in England, and if you’re a fan of English tea, then a stop on the Strand is just for you; it’s been the home of Twinings tea since 1706. If you’re there in the winter, a nice warming cup of tea is exactly what you’ll need before heading to the seasonal ice rink that appears on the Strand, which delights thousands of people every day during the festive season.

Leicester Square is a famous location, and yet probably one you will pass through on a whistle-stop tour of the city. There’s plenty to visit here, from the not-so English Lego store, packed with great attractions (and gifts) for the whole family. If there’s one thing Leicester Square has plenty of, it is cinemas, and there’s often a premiere happening. If that’s the case, hang around and see if you can catch a photo with a star before heading off elsewhere on your Monopoly tour.

Wait, what? The waterworks? This has to be an error, right? Seriously, who would go to London and visit the waterworks, of all places? The answer is the discerning traveller. You see, London’s waterworks are impressive, they were a feat of Victorian engineering, and some were fashioned with the ornate decorations of the time. Crossness Pumping Station is off the board; it’s in South East London, but it is incredibly elaborate and a niche location to get a photo, according to Secret London. If you really want to stay off the beaten track, head to Crossness.

It’s the most expensive property on your Monopoly board, and it isn’t just a street but a whole area. You’re likely to see streets lined with Ferraris and other posh sports cars and shops with goods that cost as much as a house elsewhere in the UK. There are some great attractions here; you can stroll through central London’s open green spaces, which have provided respite and inspiration for the great and the good throughout history. You can visit Marble Arch, the one-time entrance to Buckingham Palace’s ceremonial courtyard, which moved to its present location in 1851. Or, for real culture vultures out there, spot some blue plaque denoting famous people’s impact on the area, including one for Jimi Hendrix on Brook Street.

30 Cities in Norway to visit during your next trip

Moszna Castle – Everything you need to know