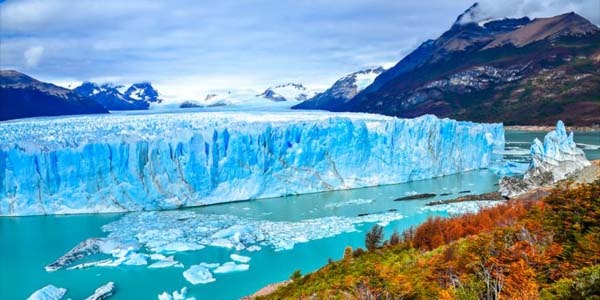 There isn’t one best time to visit Argentina – the whole country can be visited year-round.

Argentina is a very large country, extending from North to South touching different climate zones of South America. This means that depending on the areas you want to visit in Argentina, you need to evaluate the climatic conditions you will encounter in order to select the absolute best period to meet our needs.

In Argentina there are basically three climatic areas, i.e. the country can be divided into three macro regions, each of which has its own particular characteristics with regard to temperature and precipitation. First of all, we must remember that Argentina is located in the southern hemisphere, so the seasons are reversed compared to European ones. The three climatic zones of the country are approximately located in the North, Centre and South.

The northern part of Argentina has a typically sub-tropical climate. In this area, which includes mountainous and forested areas, temperatures remain high throughout the year, as does rainfall, which is abundant and often manifests itself as very short but intense downpours. The best time to visit the north of Argentina is in winter, i.e. from June to September. During this period, in fact, temperatures are lower and the climate is drier, leaving a greater probability of finding beautiful sunny days that allow you to visit the natural wonders of Argentina.

Read also: The Best Places To Visit In Colombia

The macro-climatic area in the centre of the country has instead a temperate climate, therefore more similar to what we find in Europe, both in terms of temperature and average rainfall. During the summer (i.e. from November to January), temperatures rarely exceed 30C°, with abundant rainfall that makes the climate quite humid. On the contrary, during the winter (from June to September) temperatures drop to 10°C and rainfall is extremely low, making the climate dry. In such conditions, the central area of Argentina, which includes the city of Buenos Aires, can be visited throughout the year and there is no better time than another.

The area south of Argentina, the famous Patagonia and Tierra del Fuego, has a distinctly different climate from the other two macro-areas which are essentially warm. The proximity to the Antarctic continent makes the south of the country dry and cold, so the best time to visit Argentina is during the summer (November to January), when temperatures are less rigid and you are more likely to come across hot and sunny days.

Argentina is a very large country where the climate changes from one region to another. In the northeast of the country the climate is subtropical, while it is humid and temperate in the center and colder in the south. The ideal period for a trip to Argentina is from March and April until October and November: during this period, you can avoid the harsh cold of the south, the great heat of the north and the rainy season. You visit Buenos Aires preferably during the Argentine spring, the European autumn, to benefit from a favorable climate… while you can tour Patagonia all year round!

Best time to visit Argentina from January to March

In Argentina the seasons are reversed compared to Europe, so during our winter (January-March), for the curious traveler in Argentina is summer.

Summer in Argentina is the ideal time to visit Patagonia and Ushuaia. In fact, the south of Argentina is the coldest region of the country and when it’s hot it’s 15 degrees! You can go and visit this fabulous region by taking the legendary Ruta Nacional 40, one of the most isolated roads in the world!

Discover with us The Things To Do In Costa Rica

Best time to visit Argentina from April to June

From April to June Argentina lives its autumn: for many areas this is the best period, in fact the sultry heat is just a memory.

The period from April to November is the best for visiting the North-East of the country, when the area is not affected by rain.

April is also the best time to visit the centre of Argentina: this region alone produces two thirds of Argentina’s famous wine, which you can taste in the famous wineries of Mendoza.

Best time to visit Argentina from July to September

During the winter the North-East and North-West offer their best side: temperatures are lower and rainfall less frequent. This period is also ideal for visiting Argentina and the immense Iguazú Falls, in the province of Misiones, where the heat and humidity are reduced. The Argentinean winter also offers a unique opportunity to see the other side of Patagonia: the snowy one! Why not ski near San Carlos de Bariloche or go snowmobiling in Ushuaia?

Want to write about your adventures? Learn how to become a travel blogger right now.

Not to be missed

This is the best time to visit Argentina to see elephants and sea lions and, of course, penguins. Go to the Valdes Peninsula, where these animals migrate in winter, or go to Puerto Pirámides to see the whales!

Best time to visit Argentina from September to December

Argentina is crossed by the Cordillera delle Ande: this famous mountain range offers the possibility to make many pleasant excursions. You leave preferably between September and November, during the European autumn: it’s spring in Argentina and it is the best time to enjoy perfect temperatures for hiking.

Buenos Aires will certainly win you over: the city is beautiful, the cuisine is excellent, and you’ll meet the local population very open-minded. As for the Pampas, spring is the best time to visit the Argentine capital.

Read also: When To Go To Mach Picchu

When to go to Argentina, the best time to visit it

To organize a trip to Argentina the advice is to consider, among other things, the best time to visit Argentina. Like all the countries of Latin America that are below the line of the Equator, Argentina has the seasons inverted with respect to the northern hemisphere, so our winter corresponds to the austral summer. In the northern zone, the climate is warm-humid, whilst it is drier towards the Andes. In the centre, on the contrary, the climate will be hot-humid during the summer and mild in the other months. Patagonia has variable climatic conditions, with a lot of wind and an average temperature between November and April ranging between 15 and 20 °C.

Thinking about when is the best time to visit Argentina considers that:

– The hot period begins in December, and January and February are the months with the highest temperatures.

– Winter, on the other hand, is concentrated in June and August.

In your tour in Argentina always keep in mind the geographical extension of the country and its climate variations: you go from a tropical or subtropical climate in Mesopotamia and Chaco, with hot summers and mild winters, to oceanic-cold conditions in Patagonia. In the capital Buenos Aires the average temperature in winter is 10°C, while in summer it reaches 25°C.

Discover The Most Interesting Things To Do In Mexico City

In general, it is not easy to choose when is the best time to visit Argentina, but you can still consider that if you decide to go to the far south, you should book your trip between December and March, bearing in mind that it will be very hot in the north during these months. November can also be a good compromise, because it is a spring month and in almost all of Argentina the temperatures will be pleasant, excluding the extreme north where the heat will prevail.

Best time to visit Argentina: the climate in different areas

The decision of what to see on your tour in Argentina is also influenced by the weather conditions in the country. For example, to visit the capital Buenos Aires, the best time to visit Argentina is any time of the year, because the climate will be temperate and the temperature will hardly drop below 10C°:

– During the hot period, the humidity will be very high, so it is not recommended to visit the capital during the period from November to February.

– Although the climate is very similar to that of the Mediterranean, Buenos Aires has frequent rainfall even in summer, and climatic variations are higher than in the Mediterranean area, due to the lack of obstacles to the masses of cold air from the south and those of warm air.

In some regions, however, such as Patagonia or Santa Cruz, it is best to go in summer, from December to February. In particular, during your trip to Argentina, consider that Patagonia is part of the area where the climate is arid and semi-desert, due to the distance from the sea and the humidity produced by the Andes chain. In these areas, the temperature range between night and day is definitely remarkable, and these climatic variations can be accentuated within a few days.

Read about The Best Tourist Attractions In Brazil

Patagonia is located in the southern belt of Argentina, more precisely at the 40th parallel, where the climate becomes cooler and windy. In the Tierra del Fuego belt, on the other hand, Argentina’s climate is still changing, becoming oceanic cold. This results in average winter temperatures close to zero, while in summer it is around 10 °C. The wind in this area is practically constant, which increases the feeling of cold. The best time to visit this area of Argentina is from November to March, when temperatures are cool and bearable when the wind is not blowing.

16 Best Places To Celebrate Halloween Across The World