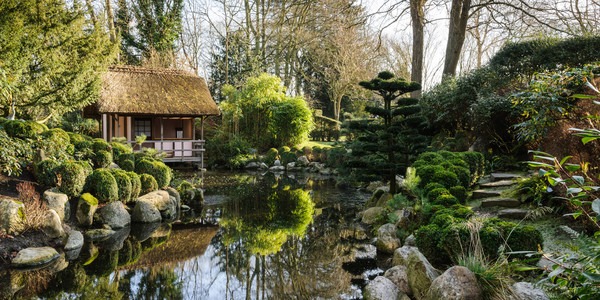 Japan is an extraordinary country especially as it is a mix of culture, traditions and unusual places to visit. Besides being able to lose yourself among singular architectures, temples, gardens, there are characteristic places, out of the ordinary.

Japan is full of countless places that inspire and enchate visitors. From historic castles to amazing floral exhibits to the unusual landscapes that seem to be taken from a completely different country, here are some of the most beautiful and not so famous places in Japan that you have to see to believe.

Here are the best unusual places to visit in Japan:

If you want to visit Japan but do not want to follow the usual itinerary, Traveler Magazine has gathered for you all unusual places in Japan that not everyone knows, but that is worth seeing at least once in life.

Mount Koya is the spiritual abode of Shingon Buddhism, a sect founded more than 1,200 years ago by one of Japan’s most important religious figures, Kobo Daishi. The main temple of the sect, Kongobu-Ji, is located on the top covered by the forest of Mount Koya. More than 100 other temples have been established around Mount Koya, many of which offer visitors an overnight stay.

Comprising the northern section of Ishikawa Prefecture, the Noto Peninsula is home to some of Japan’s most stunning and unusual coastal landscapes and pristine countryside landscapes. In addition to admiring the natural scenery, the peninsula offers a number of points for fishing, swimming and camping.

Read also: Best Things To Do In Sintra

Its main tourist centre, the town of Wajima is one of the unusual places in Japan and a home to less than 30,000 people and is a wonderful place to experience the life of the small Japanese city.

Shikoku is the fourth largest island and one of the most unusual places in Japan, located to the southwest of the main island of Honshu, to which it is connected by two systems of bridges. The island is also linked to the influential monk Kobo Daishi as the seat of the 88 itinerary of the temple, one of the country’s most important pilgrimages. In addition to attracting those who seek spiritual attainment, the island offers some spectacular coastline, mountain ranges and tumbling rivers.

Read also: Stairs in the woods

The Kiso Valley, one of the unusual places in Japan, is home to the Nakasendo Trail, one of only five Edo-period highways linking Edo (Tokyo) and Kyoto. Travelers during this period have made this long journey on foot and, as a result, the Kiso Valley is strewn with historic towns where travelers rested, ate and slept along the way. You can walk a part of this old highway, between mountains and dense forests, as well as visit some of the well-preserved cities.

Shodoshima has a mild climate and a Mediterranean atmosphere, home to beaches, spectacular coastlines, resorts and even olive plantations. The second largest island of the Seto Inland Sea, Shodoshima is one of the guests of the Contemporary art Festival of the Setouchi Triennial, and the outdoor installations of the previous festivals are visible throughout the island.

Named one of the three “most beautiful landscaped and most unusual places in Japan”, the Kenrokuen Garden is full of fascinating bridges, trails, teahouses, trees and flowers. Once the outer garden of Kanazawa Castle, Kenrokuen was opened to the public in the late NINETEENTH century. Each season reveals a different side of the beauty of the garden, from plum and cherry blossoms in spring to the colourful leaves of maple in the fall.

Matsumoto Castle is one of the few original castles left in Japan. Initially built in 1504, this unusual place was expanded to its present form between the late SIXTEENTH and early SEVENTEENTH century. Nicknamed Karasu-jō (Crow’s Castle), it is known for its beautiful three-tower black and white keep.

The waterfalls of Nachi are the highest waterfall (with a single drop) in the country, falling down 133 meters (436 feet) in a rushing river below. The waterfall is dominated by the beautiful Shinto shrine Nachi Taisha, which is said to have more than 1,400 years. Built in honor of the Kami of the waterfall (God of spirits) of the waterfall, the sanctuary is one of the most beautiful and uncommon Buddhist and Shinto religious places in Japan that lie around the waterfall.

Are you ready for the summer? You love Spain? Check our “Popular beaches in Spain” guide!

The Alpine Route Tateyama Kurobe connects the city of Toyama in Toyama Prefecture with the city of Omachi in Nagano Prefecture. The route can be approached with various types of transport, including the cable car, cable car and trolleybus, offering spectacular views of the surrounding Tateyama mountain range. The most impressive part of the route is the road between Bijodaira and Murodo, which is surrounded by snow walls 20 meters high from April to May each year.

The Blue Pond in Hokkaido Prefecture, also called Aoiike, is known for its ethereal blue color. Tree stumps that protrude from the surface of the water add to its otherworldly appearance.

This artificial pond was created as part of an erosion control system, designed to protect the area from the mud flows that can occur from the nearby mountain. Maybe one of the most unusual places in Japan – Tokachi volcano. The disturbing blue color of the pond is caused by natural minerals dissolved in the water.

Hitachi Seaside Park is famous for its bluette flower fields, called Nemophilas, which bloom through the park in the spring. The park comprises 190 hectares (470 acres) and more than 4.5 million of flowers cover its fields every April. During the autumn, the rounded shrubs of the park called Kochia (Bassia in English) assume a brilliant crimson color, creating an almost equally fascinating view.

Gokayama is part of a UNESCO World Heritage site that also includes the nearby village of Shirakawa-gō. Both unusual places in Japan are known for their traditional gassho-zukuri farmhouses. These secular houses have distinct thatched roofs, designed to withstand heavy snowfalls. Gokayama is less accessible than the popular Shirakawa-gō and, as a result, its villages are quieter and more secluded.

The first place for most unusual places in Japan is for the sand dunes of Tottori. They are part of the Sanin Kaigan National Park in the Tottori prefecture. Stretching for 16 kilometers along the coast of the Sea of Japan, the dunes are the largest in the country. The tidal movement and the wind make the dune shapes change steadily, but they can be up to two kilometers wide and 50 meters high. The camels are widely available, making the area have a beautiful and desert atmosphere.

Aoshima, the Isle of Cats

An army of wild cats reigns supreme on the remote island of Aoshima in southern Japan, where the fishing village is literally overrun by felines, outnumbering the men six to one.

Walking along the path you will only hear the sound of the wind blowing through the bamboo and all around you, it will be so extraordinary that it will almost seem a surreal landscape, one of those in which there is always doubt whether they are true or not. The bamboo forest of Sagano in Arashiyama, a neighborhood on the western outskirts of Kyoto resembles an earthly paradise.

Nagoro, the village of dolls

Nostalgia, memories, desolation. Here are the first impressions that emerge when you look at the images of Valley of the Dolls, as it was nicknamed a village in Japan abandoned for years and then repopulated thanks to the dolls.

The pond of Monet’s water lilies

A pond that closely resembles Monet’s paintings, with particular reference to the cycle of water lilies, which consists of over 200 works. The wonderful pond is located in Japan near the town of Seki.

The magic of Momijigari

Autumn is one of the best seasons to visit the unusual places in Japan because here there is a centuries-old tradition called Momijigari, which is hunting maple or reddish leaves. At this time of year, the forest turns into a palette of colours.

At the foot of Mount Fuji in Japan lies a disturbing forest, the Aokigahara better known as the Suicide Forest because this is a cursed place where people decide to die. So maybe this is only to be watched from a distance!

The Temple with female breasts

In the small town of Kudoyama in Japan there is a very unusual building, the Jison-in. Seen from the outside it is the same as any Buddhist temple, but inside the walls are covered with gadgets that reproduce female breasts.

The tree of life

The Japanese Tree of Life is 144 years old, a clear indicator of longevity. It is located throughout Ashikaga Flower Park. It was from this Japanese tree that the director of Avatar, James Cameron, was inspired to make his film.

Of Gifu Prefecture many people know Shirakawa-go and Takayma, two unusual places in Japan that we also recommend in some of our travel blog posts. When you visit them if you want to stay a few more days to know all the other aspects of this part of Japan, little visited by tourists.

Read also: What to see in Barcelona

Take a thermal bath in Gero Onsen where the water leaves your skin silky smooth, walk in the village of Magome on the ancient Nakasendo road, admire the cormorant fishing on the Nagara river in the city of Gifu and much more. One of the typical dishes of Gifu is hoba miso, a dish in which various ingredients are cooked on magnolia leaves together with a sweet miso. It is a very tasty dish, unknown even to Japanese people living elsewhere.

Beppu is considered one of the best places in Japan for onsen and is very well known among the Japanese. In the center of the city there are the hells of Beppu and you can see the hot springs and the force of nature, you can stay in fabulous ryokan, get buried in the healthy and warm volcanic sand and much more.

Relatively few foreign tourists come here because it is one of the most unusual places in Japan, but many are afraid of the distance that is with Tokyo. Consider however, from Hiroshima to Beppu the shinkansen train takes only 3 hours, although we recommend you to take a comfortable and cheap domestic flight from Haneda airport, where there is never a queue and the check-in is done in no time.

Tohoku is a very large region north of Tokyo and includes 6 prefectures. You certainly can’t see it all and I recommend it to those who have already seen other parts of Japan and are looking for something rural. In Tohoku the two best places for onsen and ryokan are Ginzan Onsen and Nyuto Onsen. The village of Ouchujuku is very characteristic even if it is a bit difficult to reach. The park of Hirosaki Castle, near Aomori, is considered one of the best spots in all of Japan for cherry blossoms, which here have their maximum flowering around the first week of May.

Socotra, the beautiful island of Yemen

20 things to do in Thailand