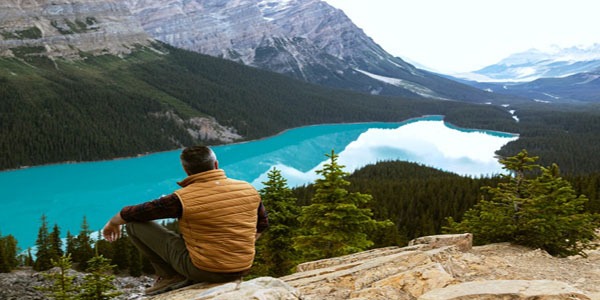 Some people believe that being a curious traveler means visiting as many countries as possible. As if it were a competition in which, even just to participate, you have to show a minimum number of stamps in your passport or prove that you have crossed a certain amount of borders.

But travelling is not a race and a curious traveler is not someone who runs from one side of the world to the other.

What does it mean to be a curious traveler?

Being a traveler is a matter of mentality. It’s a truth that we personally understood only after traveling so physically. Only by travelling, living and working in four different continents have we understood that the most important journey is another.

The real journey is what we do within ourselves, within people and within the things of life.

And the curious travelers are those who have the courage to undertake these journeys, which are often much more difficult than those that take you to the other side of the world.

Read also: How to be a successful travel blogger

There is no point in counting the nations you have crossed if you don’t keep any intense memories, those concerning moments and experiences that happened and lived genuinely, without any preparation.

Travelling is poetry and has nothing to do with numbers. Being a curious traveler is nothing more than a choice that anyone can make, because it is an attitude, a way of behaving, a way of life.

Precisely for this reason, a traveler is always a traveler. When he travels around the world, of course, but also when he is at home.

Travelling within oneself, for example, is a task that few people want to tackle. Most people prefer to stay on the surface, without descending into the depths of their own person.

Yet only through this process can you really discover yourself.

And in that moment you feel like a traveler who has traveled the world and finally found what he was looking for. Such an inner journey destroys you, but leaves you with the smile and peace of someone who has learned to love himself.

Read also: How to travel for free

Yes, you travel inside other people, too. Isn’t a love relationship one of the most intense journeys that human beings can undertake? It’s a constant up and down and it makes you feel bloody alive.

Discovering people is an extraordinary adventure and sometimes it’s just by physically travelling that you realize it. When you compare yourself to other cultures and people, you realize that comparison is always the solution. So maybe you come home and talk to your father, who you’ve always had a bad relationship with. After years of travelling in front of each other, suddenly you find yourself travelling side by side.

Being a curious traveler in life

What does travelling mean, after all? A lot of things, but it certainly doesn’t mean stopping. Whoever stays still cannot be a traveler, while whoever leaves, who jumps, is by definition a traveler. Even when he is at home, because life offers you the possibility to jump and you can always choose whether to stay still or move in that new direction.

A new job opportunity? Someone you just met that you like? A chance to move to a new city? An evening you’ve been invited to and where you don’t know anyone? The traveler leaves, because travelling wants to move into the unknown and leave the comfort zone shell behind.

Read also: Places to visit before they disappear

That’s why a traveler is not determined by the number of countries he has seen or the amount of selfies he has taken around the world. Being a curious traveler is a mentality, it’s a characteristic that comes out strongly based on the choices you make every single day.

Being a traveler means facing life as if it were the biggest, most extraordinary and exciting journey there is.

How to recognize the curious traveler?

If you can never stand still in one place and feel an overwhelming desire to explore the world, see new places and learn about new cultures, you may be suffering from wanderlust syndrome, also known as traveler’s disease. The term wanderlust is of German origin and literally means “desire to wander.

More than a disease for some people it is a fixation, an obsession or maybe even a vent to alleviate personal dissatisfaction. The “sick” of wanderlust can be recognized on the fly and there are unequivocal signs to understand if one is suffering from this syndrome.

Read also: 25 things to do in Slovenia

How to be sure you are a wanderluster?

The first symptom is the visceral need to travel, to know new places and people, to have unusual experiences. By the way, if you choose a seaside resort, according to a recent study, it is also very good for the brain.

Secondly, the maniacal obsession with flight prices, the constant desire for adventure and the idea that money has value only according to where it can take us. For these reasons many people do not consider wanderlust a pathology, but a real passion, a hobby suitable for all dreamers and those who think that life, to be considered as such, must be curious and original.

However, recent scientific research seems to have shown that travel sicknesses are such because they have it written in their DNA. The research, published in the journal Evolution and Human Behaviour, is certain to have identified the so-called ‘travel gene’, renamed the wanderlust gene.

Do you have the travel gene?

The travel gene would be none other than the D4 dopamine receptor, which would be directly responsible for the passion and love for all that is exotic and unknown. It seems that this receptor is not present in everyone, but it is part of the DNA of about 20% of the world’s population.

Further studies have shown that most people with this syndrome are geographically located in areas of the world where travel has historically been encouraged, such as Africa, from which the first men migrated millions of years ago.

Read also: What to see in Barcelona

In short, put in these terms it would not seem a bad disease, but an impulse as old as man, which would push to go into the unknown and overcome cultural and geographical barriers. If then you feel the unstoppable desire to leave and constantly surf on travel sites, you could be a wanderluster too.

The curious traveler or the tourist?

It’s not easy being a traveler. Everything and everyone tries to turn you into a tourist. And being a tourist is incredibly easy.

Travelling, we had the opportunity to talk about the most varied topics with hundreds of people of all ages, sexes and nationalities. One of the topics that has come up several times, especially among travel enthusiasts, is the difference between being a tourist and being a curious traveler.

It’s a discussion that turns people on and almost always divides them. I’ve heard people talking as if on the one hand there were them, with their reasons certainly better than others, and on the other hand the others who are getting it all wrong. Precisely for this reason, I’ve always hated this kind of talk.

We don’t like to define people by labels, because we believe that each of us has a unique story behind us and is an inimitable human being. The choices of others should never be judged superficially, without knowing. Instead, over the years we have seen many travelers negatively label as “tourists” those who have simply chosen a different lifestyle and travel style from their own.

What is the difference between being a tourist or a traveler?

As we said, we believe that this difference is there but it does not concern the cost of the trip, nor the destination. The real, big difference is the way a person behaves when they travel.

Perhaps it is not a distinction of immediate understanding, so we try to explain it better.

Who is the curious tourist?

The tourist is the one who consumes the places he visits. He is convinced that the world must adapt to his needs, so when he travels he does not worry about anything but his pleasure. He takes pictures with mistreated and drugged animals, contributes to the destruction of the essence of a place by participating in tours that exploit people and commodify cultures, buys food and products that he could also buy at home.

To satisfy the desire to have “beautiful” photos of his travels, he has no problem trampling on ancient traditions, such as the rules of access to a Buddhist temple in Thailand or the prohibition to climb an ancient volcano in Central America considered sacred by the local people.

The tourist is a consumer at home and is a travelling consumer. The tourist is unaware: he moves, he doesn’t travel, because travelling means discovering while the tourist thinks only about himself and his own pleasure.

Who is the traveler?

The traveler, on the other hand, is the one who is completely immersed in the reality that the tourist does not want to see. The curious traveler has the sole objective to discover and is intent on doing so with the utmost respect for the places, traditions and people he meets.

The real traveler visits a place with the eyes of a child, the soul of a traveler and the manners of a gentleman on the first date.

It’s all a matter of respect and who is respectful is a traveler. The traveler is the one who eats local food, talks to the locals, and slowly enters the local customs. He does not consume, but he slowly enjoys every aspect of the new that he is exploring. The curious traveler goes deep but leaves no trace of his or her passage: he or she tries to produce little waste, tries to keep the impact of his or her passage low and above all actively contributes to preserving a place.

The traveler is someone who collects butts and plastic waste, whether on a beach in Puglia or Bali. Because the world belongs to no one and therefore to everyone. We think being a tourist or a traveler is just a choice. It’s up to you to choose how to behave and in which category to enter, if it’s important to you.

25 must-see Luxembourg attractions to visit in 2021

Important Factors That You Should Know Before Teaching English Abroad