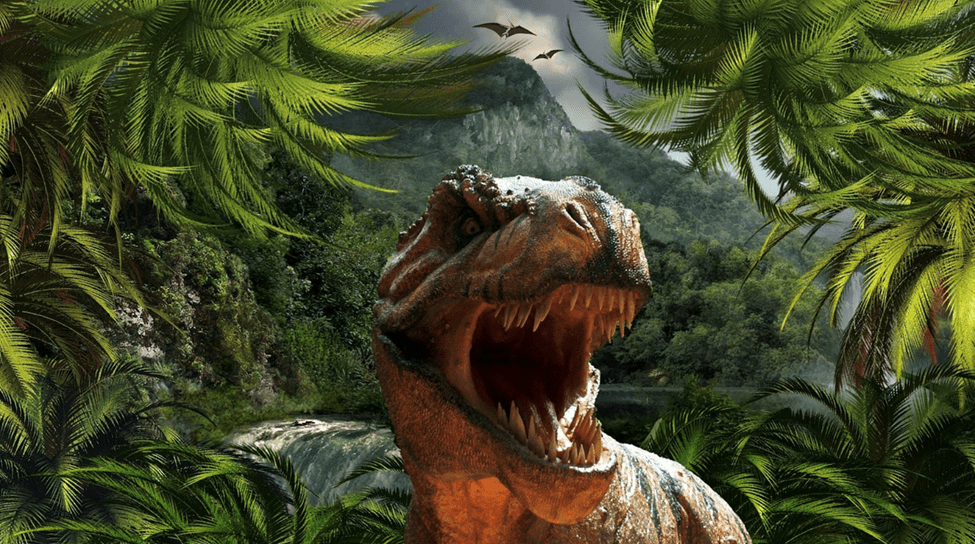 Steven Spielberg ranks alongside Roland Emmerich, Stanley Kubrick, and George Lucas as one of the greatest-ever visionaries in cinema. From the master who brought us Jurassic Park, we pay tribute to the exotic locales where this adventure began. Back in 1993, the original epic blockbuster that was Jurassic Park was filmed on two authentic islands in the Pacific Ocean.

The incredible locations added a larger-than-life appeal to the greatest beasts ever to walk planet Earth. Granted, there were fabulous CGI effects in place to reanimate these extinct creatures, but the locations are real and intrepid adventurers are free to visit them in real life.

Kauai, the smallest of the major Hawaiian Islands, set the stage for the original Jurassic Park blockbuster. Contrary to popular opinion, the majority of outdoor scenes were filmed on this Hawaiian island, not on a soundstage. Granted, Hollywood is always front and center with big-budget productions like Jurassic Park.

That’s why many of the interior scenes and the evening shots were filmed in Hollywood, California. In the film, we are told that Jurassic Park is situated around 200 km away from Costa Rica. Of course, this Central American country would be the ideal destination for Jurassic Park, but it was actually one of Hawaii’s Pacific Islands.

The Majestic Hawaiian Islands from the Air

When we see all the action from the helicopter in the movie, that’s actually the coastline of Kauai, not Costa Rica or Isla Nubar. BTW, Isla Nubar is an imaginary place conjured up by the creative minds of storytellers. Part of the film was actually shot on the Hawaiian island of O’ahu, in Honolulu to be precise. Get your passport ready, it’s time for an international adventure!

But first, let’s get back to the business of Jurassic Park. Even the sequels to the original Jurassic Park – The Lost World & Jurassic Park III were shot on set in Kauai. Of course, there were several other locations where the films were shot, including Australia, California, and Canada.

Lo and behold, anyone with an adventurous spirit and a budget to match is free to visit the Jurassic Park Islands in Kauai, including the coastline of Isla Sorna. You may want to book a tour with a tour group for this exciting expedition, lest you run into a T-Rex, velociraptor, or venom-spitting dinosaur. Folks, this is getting incredibly exciting.

Since the OG Jurassic Park was released back in 1993, you may want a delightful refresher to get you into the swing of things. Check out the awesome Jurassic Park slot game from Casino.com – it’s an incredible tribute to Jurassic Park, and it’s available to players in demo mode for free.

What to Expect on Your Kauai Excursion?

When you book your Jurassic Park expedition, you’ll be whisked away by helicopter for an aerial tour of the island. This is the only way to see all the sites associated with this Steven Spielberg classic. The first stop on your helicopter tour will be Manawaiopuna Falls, also known as Jurassic Falls.

In the film, this 400-foot waterfall was used as the entrance to Isla Nubar, but in reality, it’s located on Kauai’s private island of Niihau. You may recognize this waterfall from the scene where Dr. Alan Grant and his team first arrived on Isla Nubar by helicopter.

Next up is a visit to Makena Landing Beach Park, which served as Isla Sorna’s airstrip in Jurassic Park III. This beautiful white sand beach was also featured in Pirates of the Caribbean: On Stranger Tides and South Pacific.

From Makena Landing, your helicopter will take you along Maui’s coast before landing at Hanauma Bay Nature Preserve. This crescent-shaped bay was once used as a filming location for South Pacific and Mighty Joe Young. These days, it’s one of Hawaii’s most popular snorkeling destinations.

After Hanauma Bay, your helicopter will make its way to Wailua River State Park where you’ll get a bird’s eye view of Fern Grotto – another iconic Jurassic Park filming location. Fern Grotto served as the backdrop for several key scenes in Jurassic Park II & III, including the scene where Drs. Alan Grant and Ellie Sattler share a romantic moment amidst the prehistoric plants.

Last but not least, your Kauai helicopter tour will touch down at Kipu Ranch – yet another famous Jurassic Park filming location.

In addition to being featured in all three films in the franchise, Kipu Ranch was also used as a filming location for Indiana Jones and Raiders of the Lost Ark George Lucas’ epic space opera Star Wars: Episode VIII – The Last Jedi & Ridley Scott’s sci-fi masterpiece Blade Runner 2049!

Curious traveler or simply a tourist? It’s up to you!