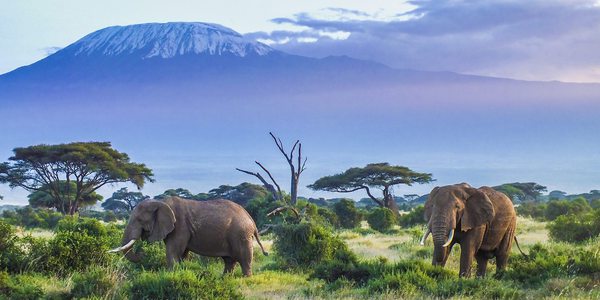 You asked us a lot and then we couldn’t help but dedicate an entire article to the pivotal issue for those travelers who want to plan to go to Africa and see the game animals: how to organize a Safari in Kenya.

Safari in Swahili means “journey” and what you do in the Kenyan hinterland is a different travel from the others. It is a stressful trip, with rhythms not easy to sustain for anyone and in a condition decidedly opposite to the one we are used to.

On the other hand, the views you admire and the emotions you feel day after day remain indelible in your mind, skin and clothes.

The Safari is not just to plan your travel, but it’s a Journey. An itinerary that anyone at least once in a life has to live, so with this post we want to try to simplify your life, giving you different tips and giving you as many tips as you need to know how to organize a Safari in Kenya at its best.

What’s the best time for a Safari

When you organize a Safari in Kenya the first thing to know is the best time to go. On this point there is no doubt: the ideal season for the travelers is absolutely August.

First of all because it is the season when savannah animals migrate from Kenya to Tanzania. This is equivalent to having a greater chance of seeing animals, even the rarest ones, but above all, if you are lucky, you can witness the wildebeest that in herd cross the Mara River and migrate to Tanzania. A show worthy of The Lion King, but which we unfortunately did not have the pleasure to admire.

But August is also the best season from a climate point of view in Africa. In this time, in fact, it is not summer as in Italy, but it is spring. This is because the nature reserves in Kenya are below the equator line and the seasons have a different pattern than ours. So the temperatures are definitely confrontable, just think that in the daytime they will touch at most 30 degrees.

What documents do you need

If you wonder how to organize a Safari in Kenya then you need read our guide and to start thinking about what documents you need for a similar trip. Here are the two documents all the travelers need:

TIPS FOR TRIPS: We recommend that you apply for a visa at least 10 days before your departure. That’s because it takes you between 3 and 7 days on average before they give you the ok for your visa. In addition, the visa costs about 40 euros each.

Best airline to fly to Kenya

The possibilities for flying to Kenya are many and of course our motto is: the sooner you book more savings. That’s how it works on average. In any case, the airline that represents a good compromise between quality and price is Turkish Airlines, turkish flag carrier.

We have relied on it several times and again we had a good time. So here are the pros and cons of this company:

Despite these drawbacks we reiterate that as a value for money in our opinion at the moment is the best to fly to Kenya.

How to organize a Safari in Kenya without a dedicated and reliable tour operator? Impossible. That’s why choosing who’s going to organize your great time in Africa is of paramount importance.

We decided to live our six-day Safari experience with a local company, rodata and more and more experienced as the years go by: Buy More Adventures. They provide a large van, a driver who doubles as a guide, food, water and lodgings. All you have to do is enjoy the magic of the Safari and experience it all the way from dawn to last sunset.

In six days we changed drivers three times, depending on the route we followed, as well as the travelers who shared the van with us. In this way we bonded with multiple people of different nationalities and we also honed our English.

Yes, because one particular aspect that made us choose Buy More Adventures is that to communicate we speak only English. But don’t worry, because even if you’re not very experienced with language, driving, or worse, your companions, they will help you understand what you’re watching and dispel any doubts.

The drawbacks certainly didn’t fail, not because in six days of Safari it’s impossible that they don’t understand, but the guys at Buy More Adventure have always been up to the task and have solved the difficulties immediately, including the punctured wheel in the middle savannah.

What accommodations to stay in during the Safari

To make the most of a Safari in Africa, we think it is necessary to fully immerse ourselves in the African atmosphere, which means staying in places that are not too conventional compared to those we are normally used to. Another key parameter to know how to organize a Safari in Kenya at its best.

Forget hotels and luxury lodges with every comfort, for a Safari the most characteristic accommodations are the traditional tents and lodges. They are all located either in or near the nature reserves that are accessed to observe the animals. So they enjoy a very privileged safari position.

We stayed both in tents and in lodges and it was a unique experience, which we absolutely recommend to experiment, even to those who are afraid of animals coming in. After all, both tents and lodges are equipped with flash closures that make the accommodation almost airtight, so of animals we only had to deal with nocturnal butterflies.

The most difficult aspects were hot water, sometimes non-existent; the sinks, which in one case had broken and water leaked; and the light, since in some lodges it is only turned on from 19-22 to save money. Despite everything, it is a different experience and that in a similar situation must be tried at all costs, for a total immersion in the savannah.

What are the best areas to see the animals

In Kenya there are mainly 4 large nature reserves where you can make a Safari. Most animals are found in all areas, but there are some that can only be observed in certain places. Here’s where:

How many days should you do a Safari

When you think about how to organize a Safari in Kenya you need to think about the number of days to spend on a similar trip. The possibilities in this regard are the most disparate: you can do it one day, but also two weeks wanting.

It depends a lot on how long you want to invest, but above all how much economic resources you have. We opted for the 6-day Safari mainly to try to see as many animals as possible, but also to live on the skin different places of the savannah.

We have to say that 6 days is ideal for a Safari and is perhaps the maximum of days that we could choose, also because honestly, as mentioned before, the daily rhythms are quite tiring.

In principle 3-4 days for a Safari are fine, but if the time available is short and you want to enjoy even a bit of sea you can also devote 1-2 days to Safari, even just to have a general smattering on the savannah and its animals.

How to dress for a Safari in Africa

Believe it or not in August in the savannah it’s even cold at certain times of the day. So when you ask yourself how to organize a Safari in Kenya, consider this too.

In Kenya, as mentioned earlier, August is spring, which means that during the day temperatures go from 8-10 degrees in the morning to 30 in the hottest hours, and then return below 15 degrees after sunset. I mean, in doubt, I’m best at bringing you the whole closet.

In fact, in the morning we dressed in long trousers, short T-shirt, sweatshirt and denim jacket, but we were still quite cold. While instead the hours passed he remained in his Shirt and pants quietly, although the wind knows to be treacherous at times.

Essential items to bring during a Safari in Kenya

This is one of the most important items in the “How to organize a Safari in Kenya” travel guide. Below you list the items you really need for a Safari in the savannah:

Tips on vaccines to be made in Kenya

The last thing to think about about how to organize a Safari in Kenya is about the vaccine situation. Before leaving we were informed on the internet, by people who had already been to Kenya, but especially at the ASL in Rome and the answer is this: to go to Kenya it is not mandatory to vaccinate, but only recommended, since there are no big risks in that area.

These are vaccines that affect not only the area of Kenya, but also other African states where we hope to go soon, and that is why we have been vaccinated. To be quiet in Kenya, but above all already thinking about possible future trips to areas most at risk.

In detail, here are the recommended vaccines to go to Kenya:

Important Factors That You Should Know Before Teaching English Abroad