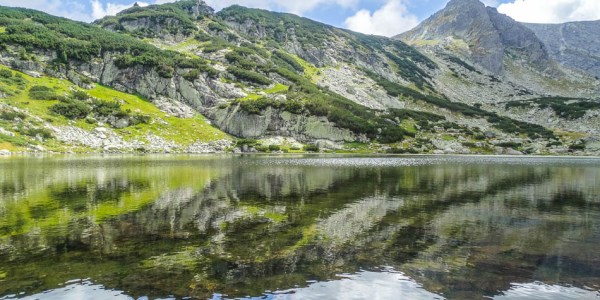 Wedged between as many as five states (Romania, Serbia, Macedonia, Greece, Turkey) and overlooking the Black Sea, Bulgaria is perhaps one of the most unknown and least touristy European countries. But it reserves many surprises for those who have the curiosity to visit Bulgaria. We will tell you many things about these lands, but to start here is an easy list of the best places to visit in Bulgaria. You are wondering which are the best things to do in Bulgaria? Let’s start!

Visit Sofia, the capital of Bulgaria

It’s a little abnormal compared to the big European capitals we’re used to. Maybe that’s why travelers love her or hate her. We return to the first category, in fact it is already for the second time we go there. Sofia does not immediately show her treasures and should be approached and discovered with curiosity and patience.

Art lovers can admire extraordinary and numerous ancient icons in semi-hidden museums, while archaeology enthusiasts can browse the archaeological excavations in the city center and discover the finds of the largest archaeological museum in Bulgaria. Ecologists will have acres of green parks to walk or cycle in the center. Finally, those who love good food and trendy locals will be spoilt for choice in the city’s wide and varied offering.

It is another essential stop when you look for the best places to visit in Bulgaria. The city that conquered the important event of 2019, together with the Italian Matera is undoubtedly the most lively city and closest to the “European” western atmosphere. In the city you can breathe enthusiasm, welcome, desire to make yourself known. The ancient city, with Renaissance-style houses that overlook narrow cobbled streets, is a treasure chest. And the wide pedestrian streets of the new city from which roman amphitheaters and ancient mosques spring up leave you speechless.

The ancient capital of the country, which today has lost some of its polish to become a place perhaps too commercial and tourist, closes the trio of the best places to visit in Bulgaria. Its peculiarity is the location, with the dwellings sprung up on the rocks that overlook the loop of the Jarna River. Get ready for original and impressive views, which is a must enjoy in all their beauty from one of the many terraces that overlook the gorge. And then get ready to walk: it is a city that you have to read and discover vertically, starting from its fortress.

The best places to visit in Bulgaria – Nesebar

You’ll have to put your blinkers like horses, to avoid being hit by the large mass of tacky stalls for tourists that invade the historic center of this beautiful Bulgarian city that stretches on a peninsula overlooking the Black Sea, but it will be worth it. The old town has been declared a Unesco World Heritage Site, as in a few meters it is home to a dozen 14th-century and 14th-century churches, some of which are still beautifully frescoed. In three hours you can visit them all and appreciate this exceptional legacy of the past. If you love crowds and souvenir stalls, you can stay longer, vice versa, as we did, limit the visit to a half-day trip.

The south coast of the Black Sea

Most tourists go to Varna, the best-known resort on the Black Sea coast. By instinct, however, we decided to exclude it from our itinerary, especially since, traveling in high season, we feared to find only a large mass of tourists in a somewhat anonymous seaside town. Instead, we chose the small resorts of the south, on the border with Turkey, chosen by Bulgarian families and practically zero foreign tourists.

Starting in Ahtopol, a small village on the coast to the south, an hour from Sozopol, excluded from all the tour guides we consulted, to continue with the beach of Sinemorets, at the mouth of the Veleka River and end in the tiny Rezovo, a handful of their own houses border with Turkey. They are places of wild beauty, but that perfectly make the character of the Black Sea. And it was a nice dive into the local reality!

The Monasteries of Bulgaria

Bulgaria is overflowing with monasteries, more or less ancient and more or less fascinating, but all impressive and located in evocative places, immersed in greenery and sometimes in the middle of the mountains. The three most important are the monastery of Rila, 20 km from Sofia, Bachkovo, 15 km from Plovdiv and the Troyan monastery, near the Valley of the Roses.

They are often almost completely covered with frescoes, both inside and outside, and represent a fundamental step to immerse yourself not only in spirituality and art, but also in the history of Bulgaria itself. Among the walls of the monasteries, in fact, some of the most famous Bulgarian revolutionaries, such as Vasil Levski and Hristo Botev, hid for years during the preparation of the uprising, which ended in blood, of 1876 against Ottoman rule, which led to the Russian-Turkish war and the birth of the independent Bulgarian state.

The places of the National Awakening

To understand a country and a people, it is important to approach its history and values. There are some places, scattered especially in the countries of the Valley of the Roses, particularly dear to Bulgarians: those related to the struggle to bring down the five centuries of Ottoman rule. Even today, on festive days, dozens of Bulgarians come here to visit monuments, headsofing and churches related to historical memory.

The most important places to visit in Bulgaria are the pass of Shipka, at 1,306 meters, where on September 17, 1877 took place the epic resistance of the six thousand Russian soldiers against the 30 thousand Ottomans, the temple-memorial Hram Pametnik dedicated to this victory, the house-museum of what is the revolutionary much loved, Vasil Levski, in Karlovo and a few kilometers away, in Kalofer, that of the other best-known poet-revolutionary, Hristo Botev. If you are lucky enough to pass by in May, as we could not unfortunately do, you will find these places invaded by roses, one of the most well-known features of Bulgaria. otherwise you will have to settle for buying one of the many beauty products made on site with this flower.

Discover what to do in Sintra

Bulgaria is also known for its wine. You can taste it anywhere at very low prices, but the most famous village for its production is Melnik, in the south of the country, 20 km from the Greek border. It is a small village of few souls, but very well known from a tourist point of view and to get there you will walk a beautiful scenic road between the hills and tiny farming villages. In Melnik the wineries compete for tastings and there is an embarrassment of choice in terms of restaurants whose tables taste the Bulgarian specialties accompanied by the wine of the house. It’s worth a break, but it might be very nice to spend a night there too.

It remained such and as to what it was supposed to appear in the late 1800s, when it was from this village that the revolt against the Ottoman yoke began, prepared by some young revolutionaries and financed by the local merchants. Today this cobbled village crossed by a stream has been transformed into a kind of widespread museum, thanks to the numerous historic houses and residences it preserves and which are probably the best example of architecture in the style of the National rebirth. You can buy a cumulative ticket to visit them all or limit yourself to a walk along its lanes, immersing yourself in the local atmosphere. From Sofia you can easily reach the highway that leads to the Valley of the Roses.

Read also: Best things to do in Slovenia

The Tombs of the Thracian in Bulgaria

Bulgaria is the land of the Thracian, one of the oldest populations to appear in Europe and which has left an important legacy, yet to be discovered. The most valuable remains found so far are made up mainly of some graves. The most famous is the one located in Kazanlak, which is also the capital of the Valley of the Roses and can be a good base to calmly visit the surroundings. Unfortunately, for two years the original tomb can no longer be visited because the oxygen was deteriorating the frescoes. A perfect copy has been made on your way and you can of course visit it.

We know, it’s not the same thing, and we were disappointed, too. But the reconstruction is really faithful and helps to understand very well both the type of the tomb, and to appreciate its frescoes and their meaning. Alternatively or in addition, you can try to find and visit the smallest and least known trace tombs, but perhaps still open. We didn’t make it because of the short time, but we have to say that curiosity remained with us. The guides report one near the area and others in the area. Beware, though: neither the 2018 Touring guide nor the 2019 Lonely Planet reported that Kazanlak’s tomb was closed. As we told you, Bulgaria is still to be discovered and this too lies much of its charm.

The best places to visit in Bulgaria do not end of course here. There are some places that we would have liked to see but that for reasons of time we had to exclude from the itinerary. For all the tips and practical news to organize the visit, instead, we refer you to the next blog posts, as well as for the deepening of every single point of this list.

How to travel around Europe without spending too much?